We couldn’t leave out our neighbors to the south on this tour! Welcome to Mexico! A country covered with some of the world’s most beautiful beaches attracting tourists from all over. Cancun, Playa del Carmen, Cozumel, Puerto Vallarta, and Cabo San Lucas, are just a few of some of the most visited beaches in Mexico. Many flock to this country to experience its rich history and see the amazing natural landmarks, too. Some of the most ancient civilizations once inhabited areas of Mexico. There is so much to see and to do in Mexico, and the cuisine is incredible! It could be so easy to be consumed by the surroundings here, that it could distract us from seeing other opportunities that God may be trying to show us. The people of Mexico are wonderful, full of life and energy. But, like many countries that we have already visited, they are a lost people, too. There is much to be done in this country in the context of sharing the truth and the good news of Jesus Christ! Someone once said, “it’s only good news if it gets there on time.” As you learn a little more about Mexico and get to explore the beauty of the beaches, the landscape, the archaeological sites, and learn some fun facts, let us not forget the true mission of this tour. Let’s learn how we can reach a people group that is in need of the Savior! 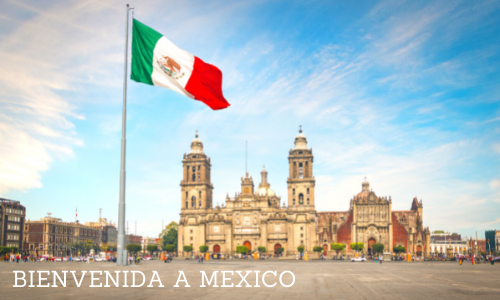 The top religion in Mexico is Catholicism, and by a landslide. Almost 78% of Mexicans practice Catholicism, and around 10% call themselves Protestant. If you recall from your history classes, Mexico has Spanish roots, and the Catholic religion dominates in Spain today as well. For decades, a whopping 98% of Mexicans practiced Catholicism. While we can see how that percentage has gone down some, it also shows that there is still work to be done. You will hear from our friend Rick, a missionary living in Mexico City. He tells us that in Mexico City, a city of 20 million people, only 10% say they are Christians. Rick will also talk about some of the people he is working with to share Jesus, and how God is moving in this lost city. Click here to hear from Rick! 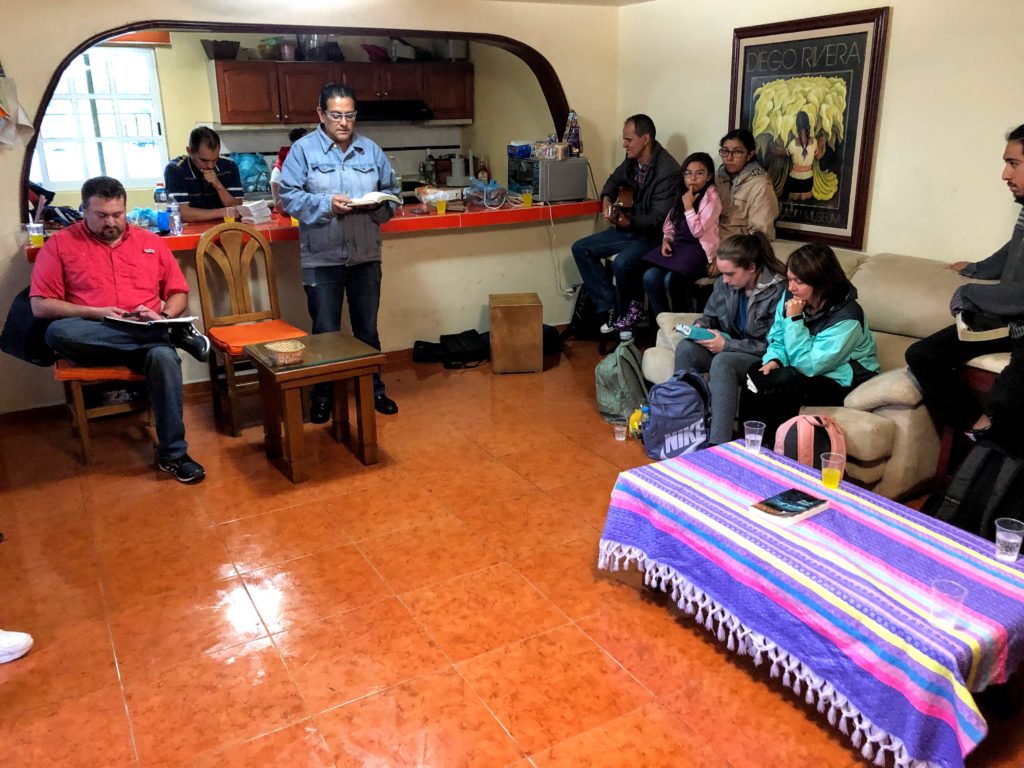 Catholicism is viewed as a part of one’s heritage and identity in Mexico. According to Pew Research 2014, only 16% of Catholics in Mexico say that they pray daily. Catholicism is more of a practice of tradition, festivals, and series of meaningful moments in the life of a Catholic. Some of these important milestones include: 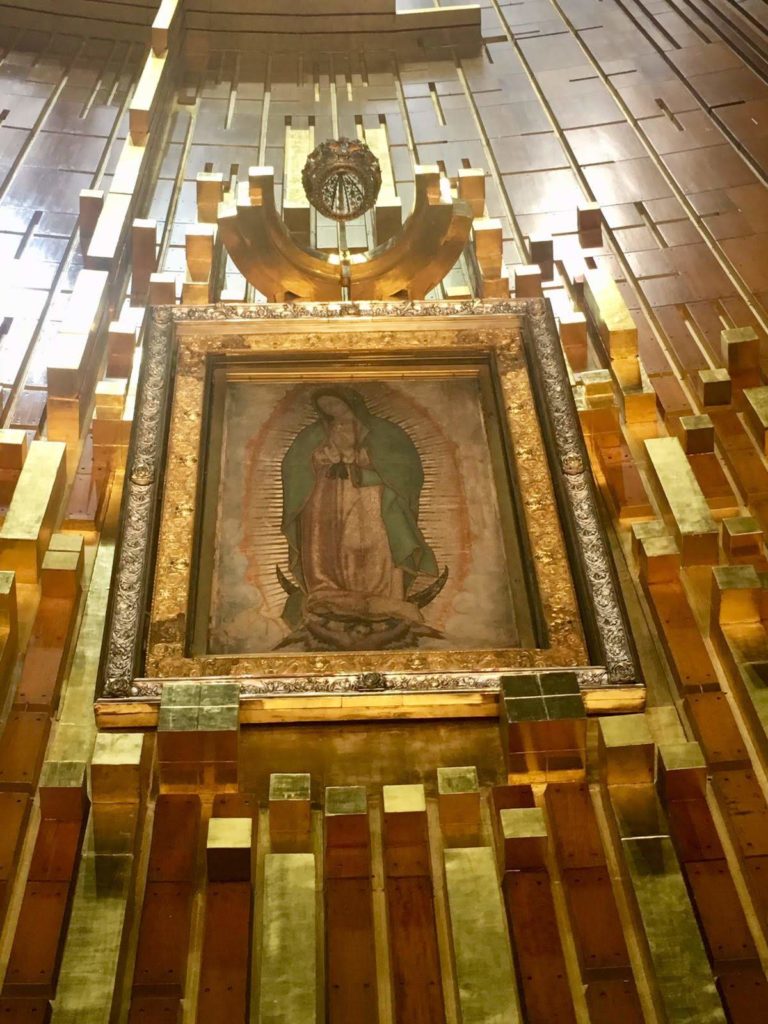 According to a study in 2016 by Arana and a group of anthropologists, one-third of all Mexicans believe in magic and believe it has an impact on their lives. Many will seek out advice and direction from fortune tellers to help them along in their daily lives. La Santa Muerte (Saint Death) is another idol that some Mexicans will worship or pray to. Saint Death is believed to provide healing and protection. Catholics and many non-practicing Catholics in Mexico condemn this practice and condemn the Church of Santa Muerte (“Shrine of Most Holy Death”).

As you can see from just the few examples listed above, there is a great need and urgency to share the gospel. The people in Mexico need to hear about the loving, just, merciful, graceful, and the ONLY true Savior, Jesus! Rather than chasing after things that are fleeting or praying to false idols and false gods, they need to know about the God of the universe who can make their paths straight and save them. Christ intercedes for us, and we can have a relationship with God that we can talk to daily! We don’t need magic or idols in our homes to pray to. We can have our own, personal relationship with Jesus, and the people in Mexico can have it too! 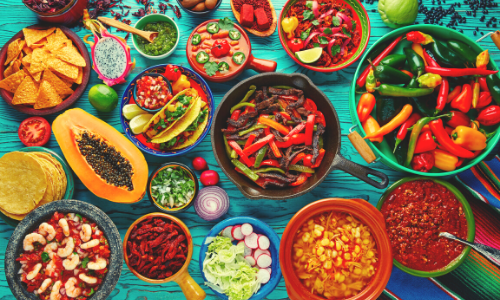 Mexican food is some of the best food! The tacos, burritos, rice, beans, peppers, tomatoes, corn, tostados, enchiladas… is your mouth watering yet? The food in this country is not only about the food, which is amazing, but it is a true expression of the culture. Mexican food is a result of its heritage from three major influences: Mayan, Aztec, and Spanish. Corn from the Mayans, peppers, wild game, and CHOCOLATE from the Aztecs, and dairy, garlic, herbs, spices, and pork were influenced by the Spanish. To understand Mexican culture is to experience their delicious food.

One of Mexico’s most well known festivals is Dia de los Muertos, or Day of the Dead. This holiday is celebrated on November 1 – November 2 each year. This is a time where Mexicans remember and honor their deceased loved ones. This is a ritual that began during the time of the Aztecs. Many people visit the cemeteries and gravesites of their loved ones to pay respect by decorating the headstones. Others will make ornate altars in their homes as a way to welcome the spirits of their deceased relative, and sometimes place the favorite meal of the loved one on the altar. 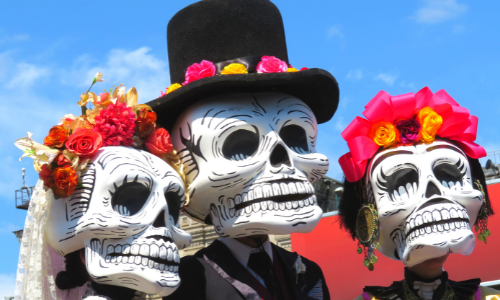 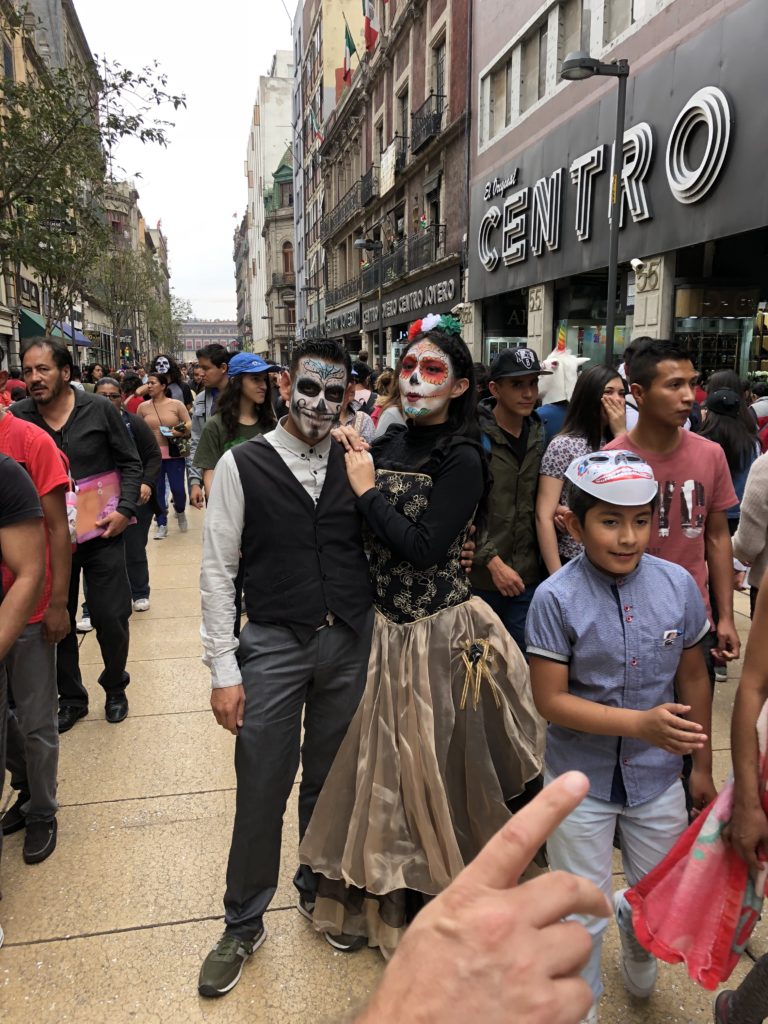 Other foods are also popular on this day. Sugar skulls, which are pressed in molds and decorated in vibrant colors. A bread of the dead, pan de muerto, is a sweet bread and also decorated with bones and skulls. Often times, the bones are arranged in a circle to symbolize the circle of life, and small teardrops symbolize sorrow. A special drink is consumed during this festival. Atole, a thin porridge made from corn flour, sugar, cinnamon, and vanilla, all served warm. Hot chocolate is also popular!

Another characteristic of this festival is all the costumes! Everyone gets dressed up and some will dress as skeletons, wear fancy suits and dresses, with flowers in their hair or a hat. The options are endless!

For centuries, sports has played a major role in the lives of the Mexican people. Of course, we know about soccer (futbol) and baseball and the impact that players from Mexico have even on our own MLB! However, there are some other, traditional sports that are worth talking about. The original Mexican sport is the Mesoamerican ballgame. This is the oldest ball court every discovered and historians can’t even tell for sure what the rules are, but Mexicans still play the game to this day! The amazing, and I’m sure very tough, is you can only hit the solid rubber ball using only your hips! Crazy! It is more than a game, it is a legacy and one that the people of Mexico want to pass on to their kids.

Other traditional sports include bullfighting and charreria. The charreria is a more modern bullfight and is similar to a Mexican rodeo. In fact, this sport is the national sport of Mexico and it was developed to maintain the charro, a traditional Mexican cowboy. The events of this sport include cattle roping, horse riding performances, and other ranch and animal handling competitions. 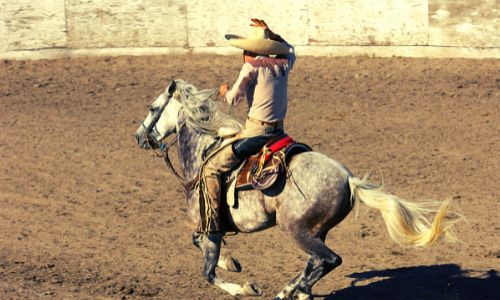 2. Pray for the gospel to be clear through missionaries’ lives and words for
God to open hearts.

3. Pray for missionaries to possess joy when they suffer, kindness when
they are slandered, and patience when things are hard. Pray for God to
help them persevere!