This stop on our world tour is officially known as The Hong Kong Special Administration District of the People’s Republic of China, but most people just call it Hong Kong. What on earth is a special administration district? Well, while Hong Kong is part of China and not its own independent nation, it has been given a high level of autonomy apart from mainland China for the last few decades. The port city is a landscape of old and new, big and small, traditional and modern, rural and urban. Some of the richest people on the planet reside in Hong Kong, but the majority of Hong Kongers are in poverty. It is one of the most expensive places in the world to live, so many of its citizens are forced to rent tiny rooms only big enough for a bed. Those who can’t afford that must live in the homeless communities spread across the city. Not only are the people of Hong Kong struggling financially, but they are also struggling spiritually. Most in the city have never heard the name Jesus Christ. Click on the picture below to explore Hong Kong! 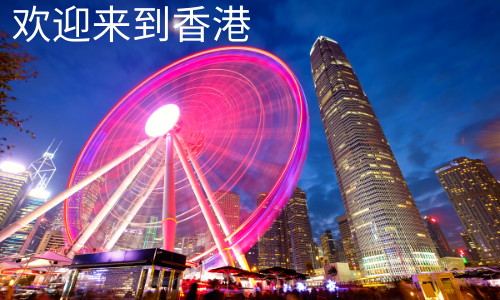 Our video this stop is from James Butch Tanner, Senior Pastor at Kowloon International Baptist Church. He and the members of KIBC are working hard to do the work of God and further His kingdom in Hong Kong. KIBC is in a region called Kowloon in mainland Hong Kong across Victoria Harbor from Hong Kong Island. Their area was hit hard by typhoon Mangkhut in 2018. 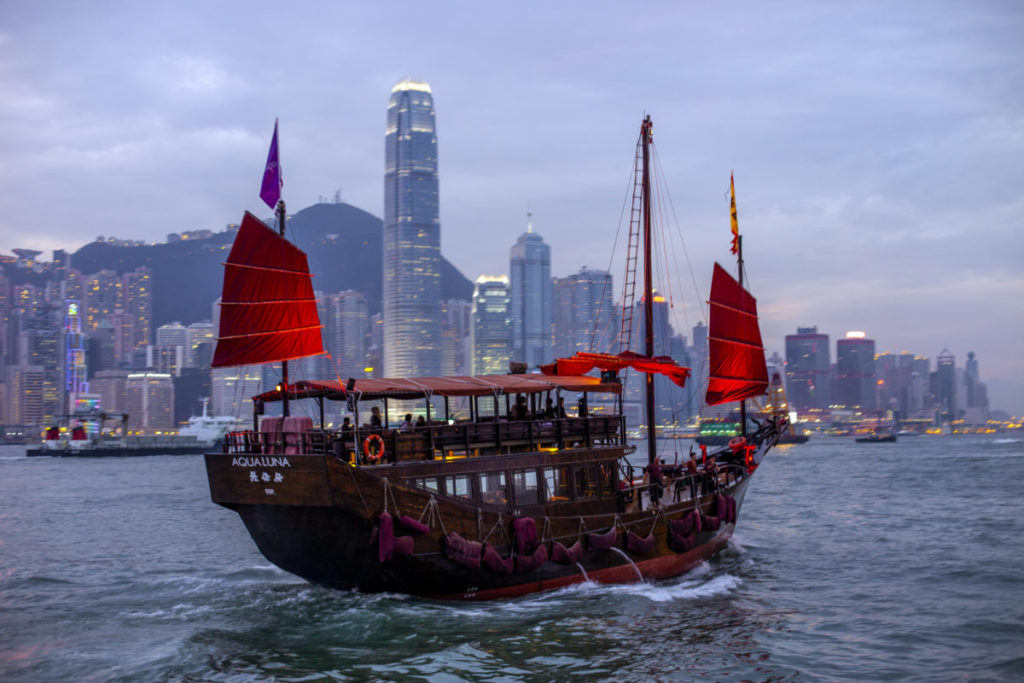 As government control in Hong Kong continues to shift, so does the level of freedom for churches and Christians living in the city. So many people still don’t know who Jesus is, and it is getting harder for Christians to share the Gospel there.

Hong Kongers often find themselves without hope. So many that are without food, or money, or a home fighting for just a glimpse of life outside of poverty. Even those at the top of society find themselves struggling to find purpose in how they’re living. They need a savior. They need Jesus. Would you pray for the people there like Butch who are sharing the hope they have in Christ with the people of Hong Kong?

Hong Kong is a seemingly infinite landscape of stimulation. For just one Special Administration District, Hong Kong boasts a slew of things to do.

Cuisine:
Do you like food? Then you’d like Hong Kong. The food here is primarily inspired by Cantonese and European dishes, but doesn’t just stop there. All of Asia has influenced the food you find on the streets of Hong Kong. Whether you fancy traditional Cantonese cuisine, newer fusion dishes, or even something more familiar to you, Hong Kong’s food scene is guaranteed to have something you’d enjoy.

Hong Kong style milk tea – Although milk tea originated in Taiwan, Hong Kongers are very fond of the drink, especially when it’s made Hong Kong-style. Hong Kong-style milk tea has Ceylon black tea, evaporated milk, and sugar in it. These kind of beverages have become so standard to Hong Kong culture, you can even get them at McDonald’s. Do you like pasta for breakfast? Or pizza rolls? Well you can get both at McDonald’s in Hong Kong! Click the picture below to look at their menu!

Egg tarts – The little pastries are a hugely popular item found in bakeries all over the city. They were introduced by Macau’s Portuguese colonizers, but have grown to become a Hong Kong staple. 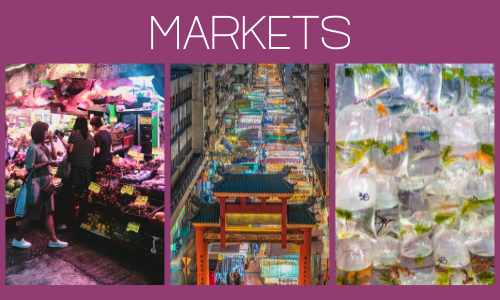 Hong Kong is renowned for its practically endless open markets. The most famous being The Ladies’ Market, these markets have vendors that sell almost everything. They’ve got hot street food, fresh meats and produce, random souvenirs, and an even goldfish!

Whenever you’re in Hong Kong next, don’t leave without taking a stroll through one of these markets. They are an integral part of Hong Kong living.