Our neighbors to the north, eh! Canada is an extremely diverse country, with over 250 people groups and more than 200 languages. Known for sweet maple syrup, picturesque mountains, natural resources, and Wayne Gretzky, Canada is becoming even more notorious for its advances in energy and technology. A prosperous country that is often coined the new land of opportunity and appealing to people of all ages and demographics, they are in desperate need of the Savior. With change, comes challenges, but also for opportunities in sharing the Gospel! Canada is continuing to flourish, but is leaving Jesus behind. Many in this country view religion as something their grandparents were into, making the sharing of Jesus even more important and should create a sense of urgency for sharing the Good News! You will be making stops in Calgary, Edmonton, Montreal, Toronto, and Vancouver. So, gather up some loonies, buy a few timbits, or cozy up with a warm plate of poutine, and let’s go explore Canada! Click on the raccoon to get a tour of Canada! 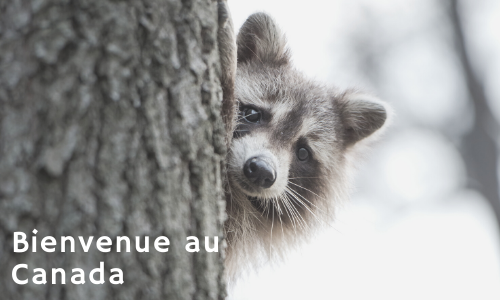 Canada is a very progressive society that is open to all cultures, religions, and ways of life. What might sound good on the surface can actually be very troublesome. Canadians are open to various religions, but that is where is stops. Not all necessarily see the need for a personal relationship with Jesus. Missionaries are all over this country, but the cool thing here is that you don’t need to be a “missionary” to live on mission for the gospel. Watch this short video to see how a young college student is living out the gospel everyday at Cegep Limoilou. Click Here!

The North American Mission Board’s Send Network have chosen to plant church in the Canadian cities listed below. Take a moment to view these short videos to get to know these areas better and see how God is moving and why these certain areas have been chosen for church plants!

Toronto – Most populous, most influential, most diverse in Canada

Vancouver – #1 Religion is NO Religion

Canada is a multicultural society, home to people that have roots tied to many other different nations. Similar to America, Canada is a melting pot of various people groups, traditions, and religions. Lovers of hockey, the great outdoors, and Tim Horton’s coffee, Canada is proud of Canada. 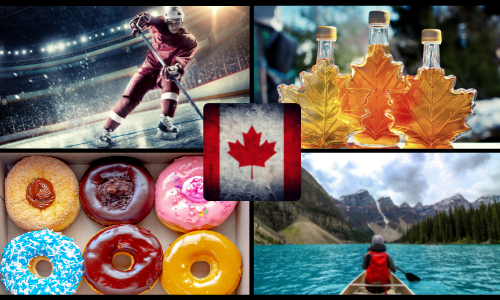 Canada just wouldn’t be Canada without maple syrup! In fact, Canada produces 80% of the world’s maple syrup and 90% of that is produced in Quebec. Canadians are VERY serious about their syrup, and it’s not the highly processed stuff you find at the grocery store. No, the real deal is pure liquid gold. There are four possible classifications for Canada’s maple syrup based on flavor and taste:

Tim Horton is famous for two reasons: hockey and donuts! Legendary defenseman turned entrepreneur opened his first donut shop in 1964. Today, there are more than 4600 locations across 14 countries. Canadians are obsessed with Tim Horton’s coffee, donuts, breakfast sandwiches, and don’t forget the timbits! Click here to see what all the fuss is about.

What could this be? How do you even say it? Well it’s pronounced poo-teen. Yep, this delectable dish first appeared on the scene in the late 1950s in Quebec. It is a concoction of fries, gravy, and cheese curds… YUM! Today, you can find poutine at fine dining restaurants and even McDonald’s and Burger King. Wanna try poutine for yourself? Click on the picture for the recipe! 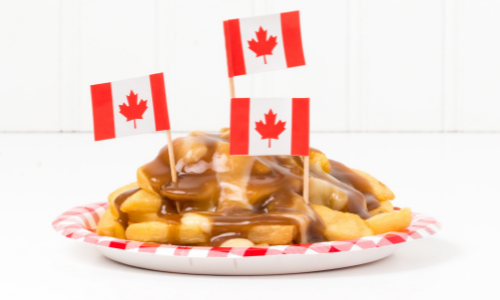 We really couldn’t leave Canada without mentioning some names that you may have possibly heard of before. While popularized in America, and sometimes we like to claim them (and sometimes we don’t), these folks derived from Canada. So to name a few:

So the next time you find yourself listening to songs by some of these artists or perhaps you seen some movies the actors are in, just know that they call Canada home. Also, literally every Hallmark movie is filmed in Canada… you’re welcome.