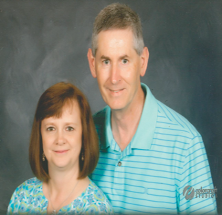 Kevin and Kim have been married for 35 years. Both Kevin and Kim are leaders of the Masterworks Sunday School class and have enjoyed being a part of the Bradfordville family for the past six years. They are avid readers and enjoy quiet time at home with their two dogs and visiting their two children. They also have four cats and a turtle named Myrtle. Their family scripture is, “As for me and my house, we will serve the Lord.” Joshua 24:15 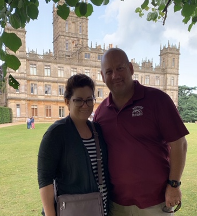 Michael and Lori Halligan have been members of Bradfordville since 2005, where Michael enjoys serving on the Security Team, coordinating the uniform deputies’ security detail, and volunteering with Lori in the KidzMin area. Michael was previously ordained as a Deacon at Bradfordville and served for several years. Michael and Lori look forward to serving the Bradfordville family again. Michael and Lori have two daughters, Sarah (17) and Kiley (15). Michael, age 58, was born and raised in Tallahassee. He retired from the Leon County Sheriff’s Office (LCSO) last year after 30 years of service, and recently returned to work for LCSO as a School Resource Deputy at Montford Middle School. Michael enjoys watching golf, college football, and taking his dogs to the dog park. His favorite bible verse is Philippians 4:6, “Do not be anxious about anything, but in everything, by prayer and petition, with thanksgiving present your requests to God.” 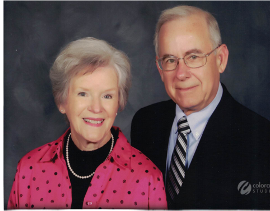 Mike was born and grew up in Alabama. He graduated from the University of Alabama with a degree in Electrical Engineering. He served as a Deacon at Parkway Baptist Church and Thomasville Road Baptist Church before serving as a Deacon at Bradfordville. He is retired from the Florida Department of Law Enforcement. He and his wife, Evelyn, have five children and nine grandchildren. His favorite Bible Verse is John 3:16. His hobbies include golf, reading, and genealogy research. 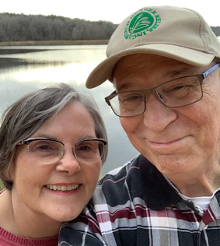 Rick and Carole have been members of Bradfordville since 2010. Rick was ordained as a deacon at First Baptist Church Bartow, Florida. He was in the men’s clothing business in Bartow before being called to full-time vocational Christian ministry in 1986. After graduating from New Orleans Baptist Theological Seminary, he served in discipleship and administration roles for thirty-one years in four Southern Baptist churches, and five years as a hospice chaplain before retiring from Bradfordville FBC in 2020. Rick and Carole have two grown children and five wonderful grandchildren. 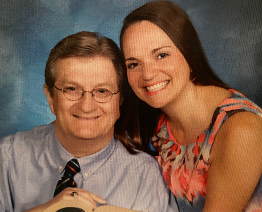 Kenny and Jenny joined Bradfordville family in May of 2007 and attend the Revell Adult Sunday School class. They met in church in 2000 and were married in 2007. Kenny has lived in Tallahassee since he was 11 when his family moved from Perry. He was raised in a Christian home, and was saved and baptized at the age of six. He graduated from North Florida Christian School in 1978 and proudly served his country in the U.S. Army from 1979-1983 as an avionics mechanic. He also spent time with the 101st Airborne Division and the 172nd Infantry Brigade. In 1983 he was involved in an automobile accident that left him paralyzed. He graduated from Florida State University with a Bachelor’s Degree in Finance in 1988.  He has worked for the State of Florida Department of Revenue for 32 years. Kenny and Jenny have three grown children and three grandchildren and are expecting to welcome a new grandchild to the family any day. 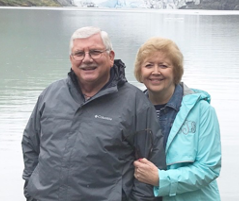 Larry and Sherry attend the Campground Sunday School class. Larry’s most meaningful Bible verse is John 3:16. The mountains are a favorite vacation destination, and hobbies include cooking, gardening, and reading the Bible. Larry is a fan of the FSU Seminoles, and his favorite sport is basketball. Larry and Sherry have three grown children and seven living grandchildren and one grandchild in the arms of Jesus. 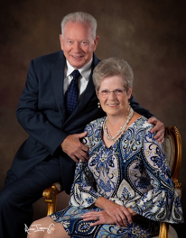 Ronnie and Judy began attending Bradfordville in November 2017 and joined the Bradfordville family in April 2018. Ronnie and Judy are involved in Sunday School studying God’s word and working with Manna helping those who are in need both physically and spiritually. Ronnie was ordained as a Deacon in April 1992. Ronnie and Judy feel God led them to Bradfordville to serve in whatever way He sees fit. They are native Kentuckians but moved to Tallahassee from Klamath Falls, Oregon in 1986. They traveled with his job the first 15-plus years of their marriage. They both retired in 2012. Ronnie and Judy are blessed to have their daughter, Julia, son-in-law, Brett, and twin grandsons, Mason and Tucker, living in Tallahassee. They enjoy Kentucky Basketball, watching as many games as possible.